The great American songwriter, with six Grammys, a hundred million records sold and a place in both the Rock and Roll and the Songwriters Hall of Fame, will be on the Piazza Napoleone stage on July 20 at 9:30 pm.

Bonnie Raitt, long-time friend and colleague of Taylor, on tour with her twentieth album’ Dig In Deep’, will open the evening and form an incredible double bill.

In total, the two singer-songwriters have more than thirty completed projects, so there should be no lack of material for the tour’s set-lists!

James Taylor will perform all his memorable hits along with songs from the album ‘Before This World’, released in 2015, thirteen years after his previous one.

Backing James Taylor, the ‘All Star Band’ is made up of some of the best musicians on the American scene such as:

Tickets for sale on www.ticketone.it 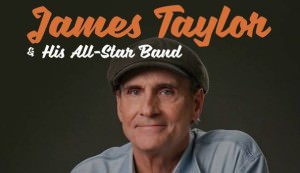