LENNY KRAVITZ ON THE STAGE OF PIAZZA NAPOLEONE

Home / LENNY KRAVITZ ON THE STAGE OF PIAZZA NAPOLEONE 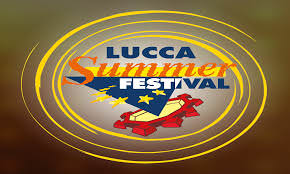 On July 18th, at 9.30 pm Lenny Kravitz, with special guest Gary Clark Jr., will be on the stage of Piazza Napoleone, for the Lucca Summer Festival.

Recognized as one of the most eminent rock musicians of our time, Kravitz has transcended genres, styles, races and classes over the course of a twenty-year career. Influenced by 60s and 70s soul, rock and funk, this song writer, producer and multi-instrumentalist has won four consecutive Grammy Awards as well as setting the record for the most wins in the category “Best Male Rock Voice Performance”

In addition to his ten studio albums, which have sold more than thirty eight million copies worldwide, this multidimensional artist has also ventured into the cinema appearing in the role of Cinna in “The Hunger Games” and “The Hunger Game: Catching Fire”, big hits at the box office. Kravitz has also appeared in the critically acclaimed films “Precious” and “The Butler”

It’s his guitar skill that strikes every performance of Gary Clark. The sound is round and raw, and rises directly from the earth. His skills are impressive, agile and fluid, though extremely expressive. It only takes a moment to understand that Gary Clark’s affinity with giants such as Hendrix, Clapton and Beck is his passionate love for all music and his rare ability to make it his own and make it personal.