UNPUBLISHED MUSIC BY VALERIO TESEI AT THE CHIESA DEI SERVI 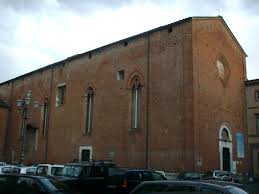 The Sagra Musicale Lucchese, the longest running festival in the city of Lucca, and one of the most prestigious regional musical events, organized by the City, Province, and the Archdiocese of Lucca with the support of the Foundation and CRL sponsorship of Oleificio Rocchi, is presenting four concerts in June. On Saturday, June 20th at 9.15 pm in the Chiesa dei Servi there’s a final concert with unpublished music by Valerio Tesei discovered and revised by Luca Bacci, performed by the Cathedral’s Santa Cecilia Choir, Lucca and the “L. Boccherini” Chamber Orchestra. Soloists: Sonia Bellugi (soprano), Elisabetta Vuocolo (contralto), Carlo Morini (baritone). Conductor: Luca Bacci (entry 10 euro, reduced 5 euro for over 65’s, students free admission).
Don Valerio Tesei (Bologna 1749 – 1804) was a composer, musicologist and choirmaster of San Petronio. His music has been included in the Sagra Musicale Lucchese not only for its worth, but also because he was Antonio Puccini’s brother-in-law. (His sister, Caterina Tesei, married Antonio Puccini in 1771). Antonio had turned to him on several occasions asking him to provide music for religious services in Lucca, which he was unable to fulfil alone.